SBS, Australia's Eurovision broadcaster announced Dami Im as the representative in Stockholm.
The song is titled Sound Of Silence, written by Anthony Egizii and David Musumeci of DNA Songs.
Watch and listen here

Two versions of the song were released digitally.
A cdsingle was released on April 1 in Australia (Sony Music Australia  88985317652)

Two remixes by 7th Heaven were released on May 20 (digital, Sony)
(See versions below)

2019 live EP
January 2019 saw the release of a 6-track live EP by Dami Im. The Live Sessions was first released digitally but saw a CD release on April 19. It includes Sound Of Silence and five other tracks.
(Sony Music Australia 19075936852) 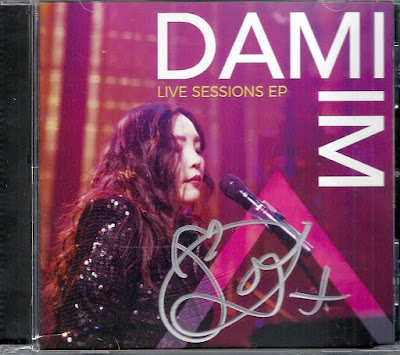 Tracks:
1. Dreamer
2. I Hear A Song
3. Like A Cello
4. Super Love
5. Sound Of Silence
6. Amazing Grace
Available at Sanity, who sell worldwide. The got signed copies.

Who's Dami Im?
Dami Im was born in South Korea as 임다미 and moved to Australia when she was nine years old.
Dami is an accomplished pianist (she started at the age of five) and singing followed at the age of 14.
Dami's rise to fame started with winning X-factor in 2013 and following it up with a Number 1 single (Alive) and album (Dami Im).
Before that she released the Album Dream in Korea (2010).
The album Dami Im (2013) includes her No 1. single Alive and a number of cover songs she performed in X-Factor. (like U2's One, Purple Rain, Bridge Over Troubled Water (!) and ..... And I'm Telling You I'm Not Going from the musical Dreamgirls)
Alive also charted in South Korea and Singapore.

The 2014 album Heartbeats featured all new songs written for (and with) Dami Im. It includes the hits Super Love, Gladiator and Living Dangerously.
Dami Im has scored nine top 50 hits in Australia. 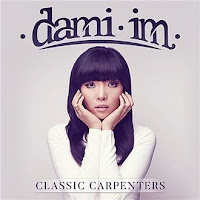 Carpenters
Dami Im has released a new album on the way, but it's logical that Sound Of Silence isn't included as it's an album with coverversions of songs made famous by legendary American pop duo The Carpenters.
Classic Carpenters was released on April 22 and includes classics like Yesterday Once More, We've Only Just Begun, There's A Kind Of Hush and (They Long To Be) Close To You. (Sony Music Australia).
And for you youngsters out there: The Carpenters were American brother and sister duo Karen and Richard Carpenter who scored many hits (and hitalbums) in the 70's. 12 top 10 hits in the U.S, many of them classics now. Karen Carpenter is no longer with us. Go and do your Wiki's and Youtubes.
Find out a bit more here at Eurocovers, includes track by track details and a little review.
Classic Carpenters enters the Australian album charts at #3.

7th Heaven are U.K. remixers Jon Dixon and Andy Wetson. Next to helping out superstars like David Bowie, Agnetha Fältskog, Katy Perry, Kylie Minogue and Ariana Grande they have remixed several Eurovision entries in the past years: Heroes, Euphoria, Unbreakable, Je Ne sais Quoi  and withdrawn entry We Don't Wanna Put In.
They also gave this years entries of Nicky Byrne and Justs a makeover.